HomeArticlesIndirect TaxGST Audit and the resultant litigations in the future

GST Audit and the resultant litigations in the future 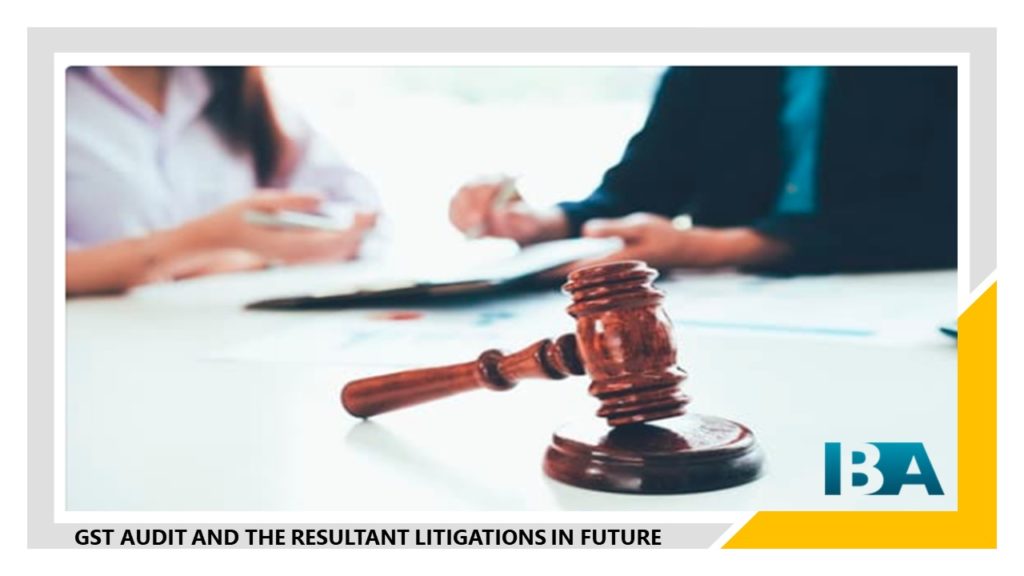 As per Section 2(13) of the CGST Act 2017, GST Audit refers to the examination and verification of the returns and documents furnished by a taxpayer, plus correctness of the turnover declared, taxes paid, refunds claimed, and ITC availed.

There are 3 types of Audits under the GST law, the first being Turnover based GST Audit, as required by Section 35 of the CGST Act 2017 to be filed by a registered taxpayer having turnover of previous financial year more than INR 5 Crore, as part of the Reconciliation Statement under FORM GSTR-9C, to be filed electronically at the GST Portal.

The Second type of GST Audit as defined under Section 65 of the CGST Act 2017 is Audit by Tax Authorities. The Commissioner or any officer authorised by him, through a general or a specific order, may undertake audit of any registered person for such period, at such frequency and in such manner as may be prescribed. Such Audit, conducted on order of the Commissioner, must be completed within a period of three months.

The Third type of Audit as defined in the CGST Act 2017 is Special Audit. The Audit can be ordered if the officer at any stage of scrutiny, inquiry, investigation or any other proceedings before him, w.r.t. the nature and complexity of the case, is of the opinion that such registered person has not correctly declared the figures in relation to Output Liability or the availed ITC. The Special Audit is conducted by a Chartered Accountant or Cost Accountant as may be nominated by the Commissioner.

Special Audit can be conducted irrespective of fact that the books of account of the registered person have already been audited under any other provision of the GST Act or any other law.

Since July 2017, we have now completed nearly 3-years of tax regime under the GST laws. Of the 3 Financial Years, Only the first i.e. July 2017 to Match 2018, has been audited under the provisions of the GST Laws.

Now, Post-Filing of the turnover based GST Audit, would be the time period when the respective GST departments would start issuing Notices to taxpayers on account of any differences found or mismatches identified.

Further, since it is the first financial year under the GST-Regime to be scrutinized by the CBIC, It would prudent to assume that the verifications and identification of differences and mismatches would be especially thorough.

Any mismatches in the Turnover reported across platforms and the ITC availed shall be especially sought about and might be cause of concern for various businesses.