HomeUpdatesTaxApplicability of GST on Directors’ Remuneration

Applicability of GST on Directors’ Remuneration 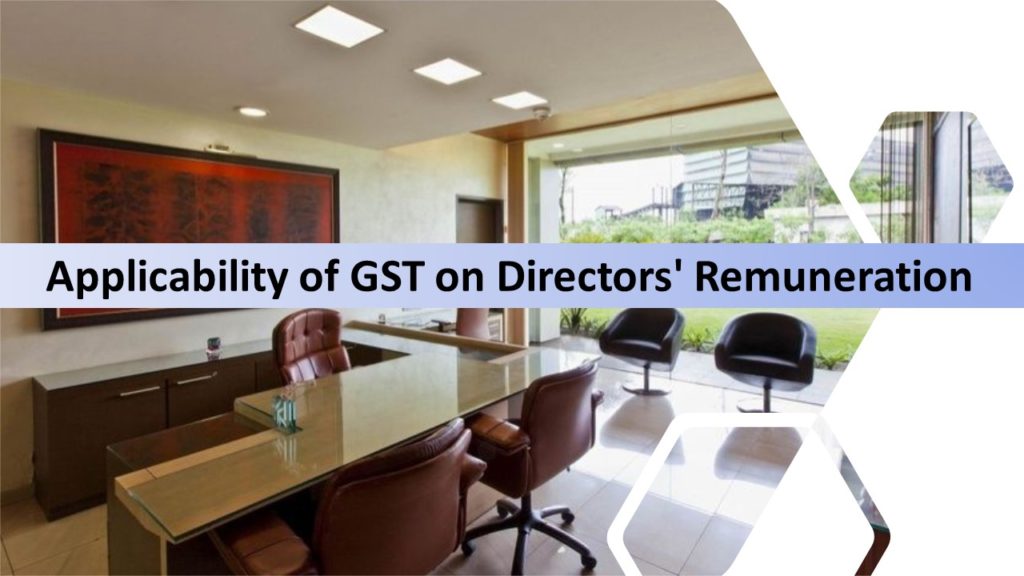 APPLICABILITY OF GST ON PAYMENTS MADE TO DIRECTORS

The purpose to set up the concept of Advance Ruling Mechanism under GST was to provide clarity in terms of unanswered questions of the law and to remove the ambiguities which may later result in disputes between the Department and the registered persons.

However, in the decisions given by the Authority for Advance Rulings in Karnataka (AAR No. KAR ADRG 83/2019 in M/s ALCON CONSULTING ENGINEERS INDIA PVT LTD.), and Rajasthan (AAR No. RAJ/AAR/2019-20/33 in M/s CLAY CRAFT INDIA PVT LTD.), it was ruled that the directors are not the employees of the company, hence the services provided by the Directors to the company are not covered under Clause (1) of the Schedule III to the CGST Act 2017, therefore making the said services taxable under Reverse Charge Mechanism (RCM) [as per Notification No. 13/2017 – CT (R) dt. 28th June 2017]

Such advance rulings have created more confusion in the industry as to whether directors are to be considered the employees of the company and which Director payments are subject to RCM under GST. Though the rulings do not provide for a detailed reasoning for the applicability of GST on the same, one may need to consider various scenarios/laws/acts in order to apply such a proposition for taxability under Reverse Charge Mechanism.

There are different kinds of directors that a company can appoint. Broadly these can be divided into 2 categories:

If we look at the GST perspective, Clause (1) of Schedule III (Services which shall neither be treated as supply of goods or services) to the CGST Act says:

The terms employee and employer are not defined under the GST Act. Hence, for better understanding, it is suitable to refer the Section 2(9) of the Employees’ State Insurance Act 1948, which basically states that the definition of employee includes any person employed for wages in connection with the work of his company.

There have been many past rulings which can be referred in this regard:

Another factor which could aid in establishing the relationship between the Directors and the company is whether TDS u/s 192 of the Income Tax Act is being deducted considering payment as salary or considering the nature of payment as professional fees.

Therefore, post conjoint reading of Notification No 13/2017 – CT, Schedule III and the above mentioned past judgements, it can be inferred that any amount paid to Directors which is in the nature of salary governed by employment contract should not be liable for payment of GST, whereas any amount paid to Directors who are not on the payroll of the company will be liable for GST under RCM.

Thus, it can be seen that the Karnataka as well as Rajasthan AAR have erred in making the correct interpretation of the law and only increased the ambiguities rather than reducing them, resulting in increased confusion in the industry on the subject matter. However, as per Section 103 of the CGST Act 2017, such ruling is only binding on the applicant who has sought it and is liable to appeals as well.

Summing up, one needs to carefully consider the facts of each case to determine whether the amount paid to a director is with respect to his employment with the company or with respect to an independent professional service in order to determine the liability of GST on such payment.